Skip to main content
Welcome to {{domainText}} Continue to the U.S. site at {{usSiteDomain}}
Booking travel on behalf of
Done

Access exclusive hotel deals, only with the Travelocity app

4.5 out of 5.0 4441 Collins Avenue, Miami Beach, FL
3.8/5
(70 Reviews)
Located in Mid Beach, this beachfront hotel is in the historical district and within a 15-minute walk of 41st Street and Miami Beach Boardwalk. Collins Avenue Shopping Area and Miami Beach Convention Center are also within 3 mi (5 km).
View details
C$70

The view was beautiful other than the tropical storm, room was very nice & comfortable. The staff were accomdating & friendly. Just watch out for the fridge, it has sensors & will charge you if you move anything. But they will remove it if you didnt use anything, just ask the front desk when you ...

My room interior match non of the photos of the hotel. The room could have been a motel 6, but a motel 6 would know to clean the ashtray. Noisy, like all night noise. Not a high end hotel like its sister hotel. That said the food was amazing on the property, but the downstairs Asian restaurant is ...

How much is a hotel room in Miami?

Hotels in Miami start at C$70 per night. Prices and availability subject to change. Additional terms may apply. 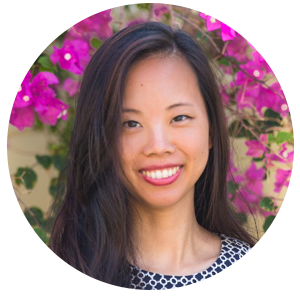 Greater Miami has two major international airports: Miami International (MIA), which is six miles west of downtown Miami, and Fort Lauderdale (FLL), which is about 26 miles north of downtown.  Transportation from both locations includes car rental services, bus, and—if you’re traveling from MIA—the Metrorail, a monorail system connecting MIA with 13 major Miami destinations for just $2.25 per ride. Miami traffic ebbs and flows; traveling from MIA to downtown can take as few as 15 minutes, but be prepared to allow up to 45 minutes depending on traffic patterns.

Where to Stay In Miami

Withvery few exceptions, the best way to get around Miami is via rental car. Miami neighborhoods can be sprawling, and the city’s few public transportation options are limited in scheduling and reliability. If you mostly plan on staying in or around your resort, the Metrorail system is a very efficient and cost-effective way to shuttle you to and from Miami International. Otherwise, the only scenario where you won’t need a rental car is if you’re staying on Miami Beach, which is a uniquely pedestrian-friendly part of the Magic City!

South Beach is the undisputed nightlife capital of South Florida—if not the country. With plenty of Art Deco architecture and neon lights to go with its sand and surf, South Beach might blend natural beauty and human entertainment better than anyone else. Start your South Beach journey anywhere on Ocean Drive between 5th and 17th Streets, an area so chock-full of shoreline, nightclubs, and restaurants, it would take months to fully explore.

Known affectionately by locals as simply “The Gables,” Coral Gables offers a beautifully manicured lawn-and-picket-fence contrast to the glitz and glamour typically associated with Miami. Home to the gorgeous University of Miami campus, Coral Gables also hosts some of Miami’s most selective golf, shopping, and restaurant options. For a fantastic dinner you won’t soon forget, head to Palme d’Or in the Biltmore Hotel, which always seems to make an appearance on lists featuring Miami’s best restaurants.

While Miami’s natural beauty and diverse entertainment are enough to make it one of the country’s top vacation destinations, its cultural fabric is indelibly tied to its Cuban-American population. Little Havana is famous for its Latin American art galleries and walk-up coffee shops—so patrons don’t have to put out their cigars!

Though technically occupying the chain of islands (or “keys”) just south of Miami and the Florida mainland, the Florida Keys are among America’s most geographically unique and stunning landmarks. Though Key West and Mile Marker 0 are three-and-a-half hours away from Miami, many other Florida Keys hotspots including Key Largo and Islamorada are within an hour or two of downtown Miami. For an unforgettably luxurious afternoon, head to Islamorada’s Cheeca Lodge for a freshly-caught seafood lunch and beach stroll!

Where to Eat in Miami

Foodies will love Miami—the Magic City's cosmopolitan heritage is deliciously reflected in its restaurant scene. For a bona fide Miami institution, check out Joe's Stone Crab, which features fresh stone crabs, key lime pie, and much more in a gorgeous Miami Beach setting. For the best of Miami's overflowing fine dining scene, check out South Beach's Prime 112 (steakhouse), Coral Gables' Cibo Wine Bar (Italian), or downtown Miami's Zuma (Japanese). Since it would be a crime to leave Miami without trying authentic Cuban fare (or at least it should be), make sure you head to Little Havana's famed Calle Ocho and grab a Cuban coffee, plantain sandwich, and slice of pie from world-famous Cafe Versailles!

5.0 Travelocity Verified Review
Everything was neatly organized staff were great and the rooms n everything was just as the picture on Internet very nice ✈️
2 weeks ago by A verified traveller
Open EVEN Hotel Miami - Airport hotel guest reviews

4.0 Travelocity Verified Review
Place was nice for the time spent. Definitely enjoyed having a balcony to enjoy the scenery
3 weeks ago by A verified traveller from Miami
Open Regency Miami Airport hotel guest reviews

5.0 Travelocity Verified Review
Nice! Would stay here again. No complaints about it.
2 months ago by A verified traveller
Open The Palms Hotel & Spa hotel guest reviews

4.0 Travelocity Verified Review
For a convenient hotel to stay during an overnight, this location is perfect.
2 months ago by A verified traveller from Florida
Open Miami International Airport Hotel hotel guest reviews
*Price based on the lowest price found within past 24 hours and based upon one night stay for two adults over the next thirty days. Prices and availability subject to change. Additional terms may apply.
Add your property

Travelocity.ca is represented in Québec by Tour East Holidays (Canada) Inc., a Québec licensee.
© 1996-2021 Travelscape LLC, An Expedia Group Company. All rights reserved. Travelocity, the Stars Design, and The Roaming Gnome Design are trademarks of Travelscape LLC. Use of this Web site constitutes acceptance of the Travelocity User Agreement and Privacy Policy.